The suite of RAW Biochem bio-based chemicals have proven to perform tasks in the demanding upstream, midstream and downstream sectors of the oil and gas industry as well as the highly regulated food and beverage sector which conventional petrochemical solutions have been unable to achieve.

These are disruptive chemicals that change the process landscape and how we manage it.

Their performance and efficiencies offer the bonus of reduced liabilities and environmental fees.

What are Bio-based chemicals?

Bio-based chemicals are defined as chemical products that are wholy or partly derived from materials of biological origin such as plants, algae, crops and trees, marine organisms and bilogical waste.


Why are bio-based chemicals considered to be a nanotechnology?

Nanotechnology is a part of science and technology about the control of matter at the molecular scale. To qualify as a nanotechnology, the scale ranges from 1 - 100 nanometers across.


What is a colloidal solution?

Colloids are everywhere in every day life.


What is in the formulations?

All RAW bio-based chemicals are fluid miscible and can be dliuted with fresh or salt water, diesel fuel, kerosene, HVGO and any number of other refined products to create a ready-to-use solution.


What are the characteristics of Bio-based Chemicals?


What is the advantage of being a physical rather than chemical reaction?

Bio-based chemicals are designed to peform their task at a physical level rather than the chemical reaction demonstrated by petrochemicals.


What are the features & benefits of bio-based chemicals?


What is the WHMIS standard for bio-based chemcials?

The WHMIS (Workplace Hazardous Materials Information System) is a comprehensive plan for providing information on the safe use of hazardous materials used in Canadian workplaces. Information is provided by means of product labels, material safety data sheets (MSDS) and worker education programs.


What is a Micelle and how do they work?

Colloidal micelles work to breakdown long chain hydrocarbon bonds in fats, oils and grease (FOG) and hold them in suspension when mixed with water. 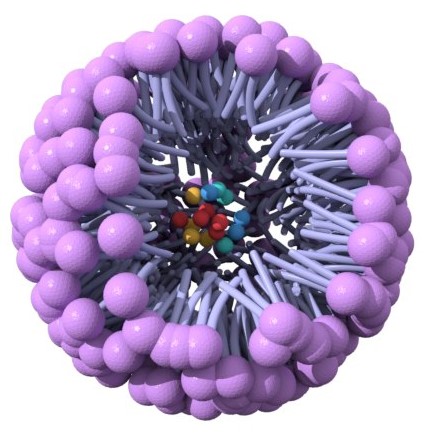 Product formulations will not react with or create new and unwanted compounds or gases when interacting with chemicals or other liquids.

All RAW solutions are water based and fluid miscible.  They are not subject to spontaneous ignition or chemical combustion.

RAW products are Genotoxicity and Mutagen free.  Their ingredients will not disrupt, alter or mutate human cells.

These mutations can cause cancer or other abnormalities.

In the event of a product spill, 60 - 100% of the ingredients will revert back to their original state within 28 days and register as non-detect if in contact with naturally occurring micro-organisms, sunlight and water.

This lessens or eliminates costly environmental and emergency clean-up procedures and associated costs.

Skin sensitive employees are sure to appreciate the ingredient formulations.

They will not clog skin pores or create rashes such as acne or Rosario.

Products are available in super-concentrated and concentrate They are classified as water miscible and must be diluted with  water or refined fuels which then act as the catalyst which enables products to perform to their optimum efficiency.

Users can choose the level of dilution to match difficult, standard or easy cleaning applications.

Products will not damage ferrous or non-ferrous metals, fiberglass, plastics or other man-made substrates.

This in turn reduces maintenance and replacement costs for equipment or other infrastructure.

Products are water based and will not emit noxious or flammable gases.  This reduces transportation, storage and handling costs as well as reducing the dangerous impacts of human contact with VOC's.

"This is the future of chemicals!"

Helping you find the right solutions.

Our network of distributors are eager to help you find the perfect solution.

Contact us and we will help you find the right team to solve your problems, or use our handy data base to locate the distributor closest to you.